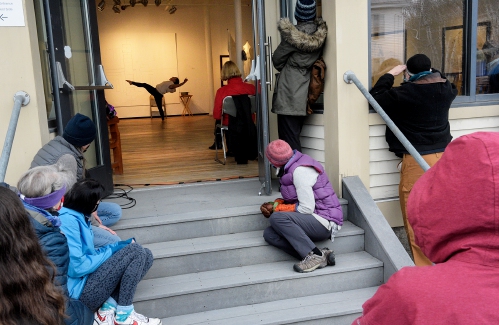 LEBANON – The AVA gallery and art center is embarking on a fundraising campaign to celebrate its 50th anniversary.

Founded in Norwich in 1973, the non-profit visual arts center plans to raise $ 2.7 million with its ‘From Seed to Bloom’ campaign to fund building improvements and financial sustainability, and adjustment of its staff and programs.

About $ 830,000 of the campaign would go to repaint what is now known as the Carter-Kelsey Building and improve wiring on the second and third floors. Better insulation of part of the building and making certain spaces more welcoming and functional are also part of the project.

AVA also has about $ 370,000 to repay on a bridging loan in a year, Ojibway said. The repayment of this debt will free up $ 18,000 per year in operating funds. The campaign also calls for the raising of a reserve fund, which would help with routine maintenance and future deficits. Planned improvements to financial stability total $ 860,000.

The remainder of the target, around $ 1 million, would be for staffing and programs. AVA has struggled to replace Bente Torjusen, who led the organization from 1986 to 2016 and made it the center of visual arts education, exhibition and inspiration that it is today. Ojibway is in his second term as interim chief following the resignation of two previous directors.

This restructuring has already started. Effective September 1, Ojibway will no longer oversee three people who currently report to her, a step toward releasing the Executive Director to focus on building relationships with other organizations and raising funds.

AVA’s links with other groups, including the Special Needs Support Center and Grafton County Senior Center, mean that AVA’s support is support for the community, Ojibway said.

The campaign was due to be announced Friday night when new art exhibitions open. Ojibway urged members of the community to stop by. AVA is free to visit and open Tuesday to Friday from 11 a.m. to 6 p.m. and Saturday and Sunday from 11 a.m. to 4 p.m.